I’d never seen the word bioblitz until I got my first invitation to one. It had instant appeal: join a group of volunteers to survey a specific area, in an effort to catalog every species you find. Being on the ground taking photos of plants and bugs is one of my favorite things to do. Doing it to gather information for organizations who protect these lands made it even more appealing. And doing it with a group of people made it fun. So off I went.

And it was just like that. Sponsored by the Marin County Parks Department and an organization called One Tam, volunteers met at Gary Giacomini Open Space Preserve and divided into four groups. Ours went to a meadow and immediately began photographing and discussing grasses, seed heads, insects, leaves, flowers. For the most part, we took photos with our phones, because as we went we were uploading our observations to an app called iNaturalist. Even though the point of the photos is information, not aesthetics, I’m used to photographing slowly, and the app was new to me. The group spread out, leaving me happily immersed in grasses since the wildflowers had largely finished in that dry meadow. I enjoyed the chatter drifting back as my fellow blitzers debated the finer points of identification. This went on for about three hours, and then we went to a local library to have lunch, continue plant identification, and upload observations to iNaturalist.

In the short time since, the word bioblitz keeps popping up. Memories of my wonderful time in Missouri came back when I received the Missouri Prairie Foundation’s newsletter, announcing an upcoming bioblitz. I looked up others in Marin, and there have been plenty. It’s a popular project with schools. The one I went to was One Tam’s third this season. I don’t know where I’ve been, since the word has been around since the 1990’s, first used by the National Park Service, who do one in a different park every year. Last year they had a burst of them to celebrate the park service’s centennial. They happen all over the world. There have always been species studies of various kinds. Some are strictly academic, with areas carefully plotted and divided by stakes, then monitored over seasons and years. There are other community species counts, like the Christmas bird counts held in many places. One of the things I loved about my bioblitz was its casual seriousness. The surveys are important for the care and planning of these areas, and some of the people were very knowledgeable. But anyone can come, learn, be part of taking care of the natural world. The more experienced people helped me navigate iNaturalist and identify plants. And I helped one man, who, seeing that I’d switched to my SLR camera with its telephoto lens, came up with a bug on his arm.

On that warm, windy Saturday, out under the blue sky, counting living things, we were one of the millions of threads that Paul Hawken writes about in Blessed Unrest: How the Largest Social Movement in History Is Restoring Grace, Justice, and Beauty to the World. One Tam is the Tamalpais Lands Collaborative, an environmental organization created in 2014 to help coordinate the work of five other groups for the benefit of Mount Tamalpais, its parks, and watershed. Their job is to pool the expertise and resources, and coordinate the efforts of the National Park Service, California State Parks, Marin County Parks, Marin Municipal Water District, and the Golden Gate National Parks Conservancy.

I heard about the bioblitz via Marin’s chapter of the California Native Plant Society, a real force for knowledge about and preservation of native plants throughout the state. Such groups rely on ardent volunteers for help, and often for their existence. More occasional volunteers show up for days of species counting and cataloging, removing weeds, planting natives.

iNaturalist, which started in 2008 as a graduate project, is now connecting naturalists, professional and casual, all over the world. It has almost 500,000 active users. In the week before my bioblitz, 5,497 of us signed up. My 29 observations were a tiny fraction of the 15,000 that were added in the twenty-four hours between May 20 and 21. A worldwide endeavor to create “a living record of life on earth,” iNat itself, now part of the California Academy of Sciences, feeds its data to other organizations, like the Global Biodiversity Information Facility.

Thus, once home after the bioblitz, and uploading observations to iNaturalist, I was connected to ever more threads in a widening community. I listed my observations on my own page,  and added them to the One Tam Gary Giacomini Bioblitz project. The next thing I knew people in the iNatualist community were filling in missing identifiers. That prompted me to keep exploring to get closer to the actual species. After looking at caterpillars online until my eyes crossed, I remembered that another member of our group had pointed out the one above, so went to see how he identified his photo. He had a question mark on his find, but I kept checking and went with it. The second I typed in ‘white-lined sphinx moth,’ iNat’s Identotron popped up with a page of taxonomy. Then a group called ‘Moths of California’ picked it up. This was very addicting. I began to look at bugs. I searched online for ‘gray metallic beetle’, then added ‘insect’ when I got a lot of Volkswagens. The closest one I could find landed me on BugGuide.net. I signed up and posted a bug ID request for the beetle below. Almost immediately someone came back with metallic wood boring beetle, in the family Buprestidae. Since there are almost 400,000 species of beetles, this was close enough to make me perfectly happy. Delighted with that experience, I did another bug, and located its family. I’ve written before about how much comfort I take in the millions of people Hawken writes about in Blessed Unrest. At a time when so much seems to be unraveling, the idea that a simple bug identification request can link me to an insect lover somewhere in the world, promises something else. The bioblitz I did is connected to all other such days and the people who participate in them. The preserve I was in is named after a county superintendent who was instrumental in land preservation. The network of groups that sponsored the day represents thousands of dedicated public servants and volunteers, who donate serious amounts of time and money. The North American Native Plant Society has located at least one native plant group in every US state and Canadian province. The California Native Plant Society is a conservation powerhouse with 35 chapters. All that was connected to this one small bioblitz in one small area of the world. Our earth is at great risk from actions and inactions on many layers — governance, corporate, private. Our definition of economic progress includes seeing the world as a resource to be despoiled for profit. Countering that are millions of people weaving a net both by their individual actions and by their work as part of a community or organization. We are the embodiment of the beautiful Hindu image of Indra’s net, the web stretched across the heavens by the great god, reaching into infinity.

At every intersection of the threads, he set a glittering jewel, each reflecting every other in the vast expanse. Nothing exists alone. Everything we do radiates from one gem to another, ad infinitum. Action works both ways: every thread that is destroyed echoes through the whole. But every thread that is woven or rewoven also resonates throughout. I like to think of the net in constant motion, like a jeweled spider web in a soft breeze, moving gently but persistently with the steady reverberations of our blessed unrest. 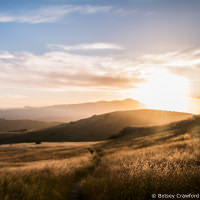 Ring Mountain and saving
the world 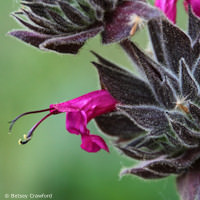 The Work that Reconnects:
a weekend with Joanna Macy 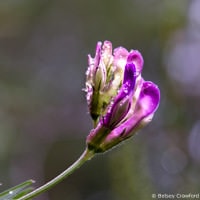