The first time I heard about biomimicry, it was the kingfisher’s eyelid that grabbed me. The largest hydroelectric dam in the world had problems with changing water levels. Nothing could grow well on the surrounding soil, so erosion was rampant. The down-flowing dirt and dead, decaying plants were causing water pollution. Four young designers decided to ask nature how she would handle such a situation. Their questions led them to spider webbing and kingfishers’ eyelids.

To see their prey underwater, diving birds have evolved a third eyelid. This almost transparent layer emerges to protect the eyes — but not block vision — underwater. The team designed domes that are pushed closed by rising water and open as it falls. The domes are embedded in a mesh system inspired by the Namibian dancing white lady spider. She spins a dense web inside her desert tunnels to keep sand grains from falling. The mesh for the dam holds the soil and secures plant roots.

The kingfisher inspired another design: the long, pointed nose on modern high-speed trains. As trains got faster, their rounded fronts created air-pressured sonic booms as they emerged from tunnels. A designer pondering this problem took a break at a local bird sanctuary. He found himself contemplating the kingfisher, whose beak and head are so sleek that they don’t make a splash when they hit water. Now fast trains share that design, and the tunnel noise is gone. 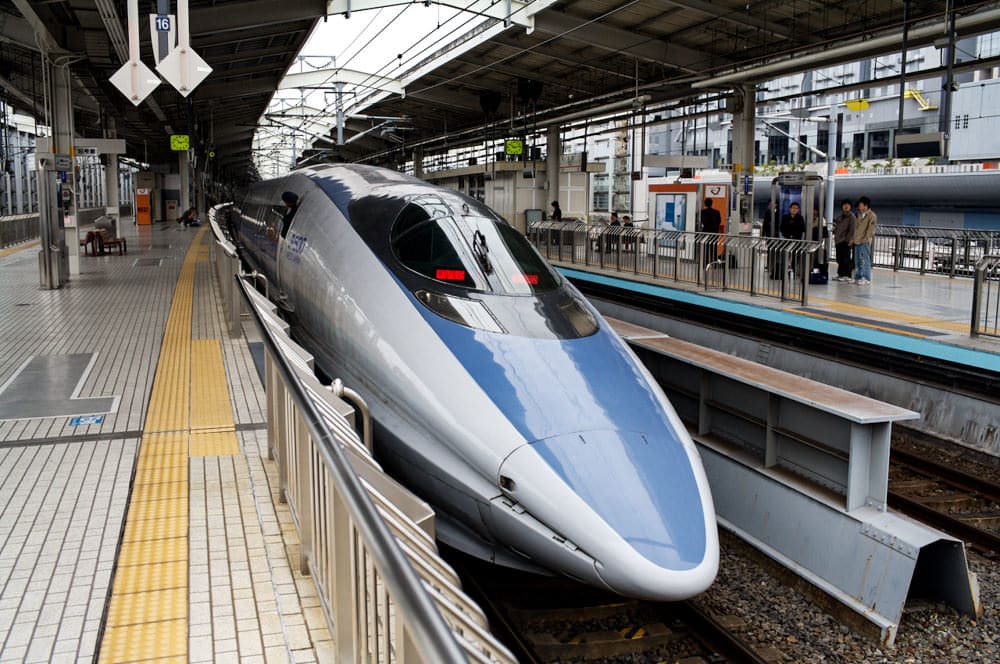 The photosynthesizing prowess and adaptability of kelp fronds and rain forests. The energy management of prairie dog burrows and termite mounds. The filtering capabilities of mollusks and peacock worms. The ability of the Saharan silver ant to reflect light. We are surrounded by geniuses, and the emerging science of biomimicry is open to them all. Nature has had billions of years to design her systems. Where better to find answers?

“Living things have done everything we want to do, without guzzling fossil fuel, polluting the planet, or mortgaging their future.”

That’s Janine Benyus, author of Biomimicry and c0-founder of the Biomimicry Institute. If not the mother of this particular invention, she named it and has been its greatest organizer and promoter. Humans have long been adept at harnessing nature. That, after all, is what agriculture is. In fact, nature has been good at using herself since life began. The first one-celled beings took advantage of the murky warmth of underwater volcanos.

But it is one thing to harness nature. We can put sails on boats, convince bees to live in accessible hives, use bacteria to clean oil spills. It’s another to mimic her processes, which far outstrip our own in skill and products. We have yet to create a ceramic as tough as the gorgeous abalone shell in the top photo. Or a power source to match photosynthesis. Or an approach to agriculture that creates the ecosystem of self-sustaining prairies. No steel cable can match the inherent tensile strength of spider silk.

A banded garden spider (Argiope trifasciata) shows off two different kinds of silk, which, ounce for ounce, is stronger than steel. Photo by Arnie Battaglene, arniebattaglenephotography.com

When we do create products, we rely heavily on petroleum, high heat, toxic chemicals. Waste is rampant. We take raw materials and harass them into the shapes we want. Nature builds from within, at the ambient temperature, even underwater. An abalone shell forms by first creating a matrix of proteins and sugars. This structure allows minerals in seawater to crystallize into ‘bricks’, layer by layer. The soft body of the abalone assembles its shell around itself by secreting the needed ingredients.

Then it stops. Abalone shells, as big as they are, are self-limiting in size. Another protein slows the growth. Benyus describes bringing a group of sanitation engineers to the Galapagos Islands. There to study natural processes, they were polite but uninterested. During a walk on the beach, she asked them what their greatest problem was. Scale, they said, citing the mineral accretion inside pipes that narrows them. They hated using the toxic chemicals it took to dissolve it. She picked up a handful of shells. This is calcium carbonate, she said, naming the mineral that plagues the engineers. What makes it stop growing, she suggested, was their answer. From then on, she could hardly get them to stop exploring long enough to eat meals.

There are many crucial reasons to move beyond petroleum. Among them: toxic pollution, climate disruption, global politics, the fast diminishing supply. The same applies to blasting mountain tops for coal, another harsh polluter and climate disrupter. Mining of all kinds rips apart the earth in ways that endanger the people doing it and the planet we live on. We are using our resources in problem-creating rather than problem-solving ways, leaving wreckage in our wake.

Blue mussels waiting for the tide to bring food, when they will float on tethers held by a glue that works on irregular surfaces and underwater.

Instead, we could look at the mussel.  She does several things we’d like to be good at. She feeds herself as she filters water. She creates her own materials and builds her house around her. She takes only the room she needs. She has a leg-like foot that can tether itself to rocks or wooden piers. It then secretes proteins which create an adhesive that works in water. To protect this anchor she secretes specialized hardening proteins around the glue. From this tiny but sturdy base, more proteins form a thread-like link to the mussel so she can float and filter. All that takes a few minutes, so in a short time she has as many tethers as she needs to withstand any tidal force. No toxic chemicals, no heat, readily available materials, underwater.

We can do none of these things. The chemistry of creating a mussel’s water-tolerant, stick-to-anything adhesive is still being explored. That’s largely due to scientist Herbert Waite’s fascination with and dedication to them. Wes Jackson’s Land Institute is one of a handful of places trying to bring prairie ecology to agriculture. Another handful has been working on using our over-abundant carbon dioxide instead of toxic silicon in computer chips. Others are studying eggshells, beetle chitin, the bouncing abilities of hedgehogs. None of these explorers are getting widespread help.

My nephew graduated from Stevens Institute of Technology last year. The school is among the top fifty “Colleges that create futures” in the Princeton Review. Ira has a degree in engineering and a graduate certificate in sustainable engineering. But, he said, there wasn’t a single class that looked to nature for its design principles. I went to the Stevens website and typed ‘biology’ into the search tab. A curt ‘No results found’ showed up. Economist Kate Raworth noted this phenomenon in her revolutionary Doughnut Economics. The top schools are looking into the future with the same old eyes.

Birds have so much to teach us, from their eyelids to their talons. Their lightness of bones, the superb engineering of their skulls. Their tracking skills. And, of course, flight. Tern photo by Ray Hennessey via Unsplash.

Companies spend fortunes on research and development. Scientists and engineers are continually inventing amazing and life-enhancing products and methods. But by and large, we have ignored the 3.8 billion years of R and D that the earth has already gifted us with. Some of this stems from the lack of ability to peer closely enough into nature. Analyzing the bricks of a shell, the chemistry of mussel glue, or the DNA of spider silk had to wait for electron microscopes and genome sequencing. But you don’t need such tools to notice that grasslands and rainforests have learned to flourish without toxic imports. The Three Gorges Dam designers didn’t need fancy equipment to watch spiders weaving close webs or kingfishers’ eyes closing. They needed patience, curiosity, attention, an interest in biology.

What they lacked was hubris. It appears that it’s the rare human who can walk by a cluster of mussels and wonder what these geniuses have to teach us. As Benyus points out, every fish is a desalinization plant. Every leaf is an engine. Every tree is a water distribution system. The colors in peacock feathers are a result of structure, not pigment. The list of wonders is endless, the ideas they could inspire even longer.

Benyus wrote Biomimicry in the 1990s when the research was getting underway. In a 2015 video, she describes some of the companies that have based their work on designing with nature. They’re mostly small and new. One is producing a paint called Lotusin based on lotus leaves’ ability to self-clean, also a structural trait. Encycle designed a linked, energy-saving information system among appliances based on the way bees and ants communicate. Inspired by coral reefs, Blue Planet is making limestone out of carbon dioxide. Carbon is the universe’s most abundant building block. Limestone is the main aggregate in cement. Now buildings can actually sequester carbon rather than contribute concrete’s current 8% of global warming.

White clover (Trifolium reopens) belongs to the important Fabaceae family, which has the knack of taking atmospheric nitrogen and transforming it into crucial nitrogen fertilizer in the soil.

Some large companies have come on board. Benyus’ newest project, sister to the Institute, is Biomimicry 3.8, focusing on consulting and training. Clients include already-green Patagonia, as well as giants like GE, Shell and the Environmental Protection Agency. The University of Ohio in Akron is the first school to offer a Ph.D. in biomimicry. Biomimics in northeast Ohio, once home to rivers so polluted they caught fire, are hoping to create the Silicon Valley of biomimicry there. These are a few among the many millions of companies, schools, and agencies in the world, but that’s how nature starts.

A few unicellular organisms in those hot vents became every living thing on earth. On the way, they rewarded diversity and cooperation. Understood their limits and grew into their opportunities. Kept their footprint small. Used readily available energy. Used a handful of proteins and elements for every function of their lives. Reabsorbed waste into the system. If they couldn’t sustain themselves and keep their environment favorable to life, they’re not still here to inspire us.
There are as many as 100 million species on our planet. They are our elders by up to 3.8 billion years. Become their apprentices, Benyus urges us.  Model our cities on the regenerative wisdom of forests. Nurture our agricultural land with the teeming cooperation of prairies. Power our lives with the chemical genius of chloroplasts. Biomimicry opens up endless possibilities. By embarking on this exciting, intensely creative, and limitless quest we are doing the first thing these elders teach us: creating life that creates life.

Free of motors and pumps, trees are master water distributors. Their growth patterns build in resilience and adaptability. They are adept at communicating with the trees around them and the fungus growing at their feet. 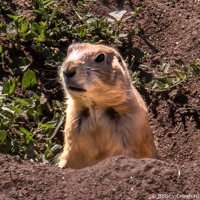 The patient genius of
transmutation

This entry was posted in Ecology and tagged activism, biomicry, DNA, Janine Benys.