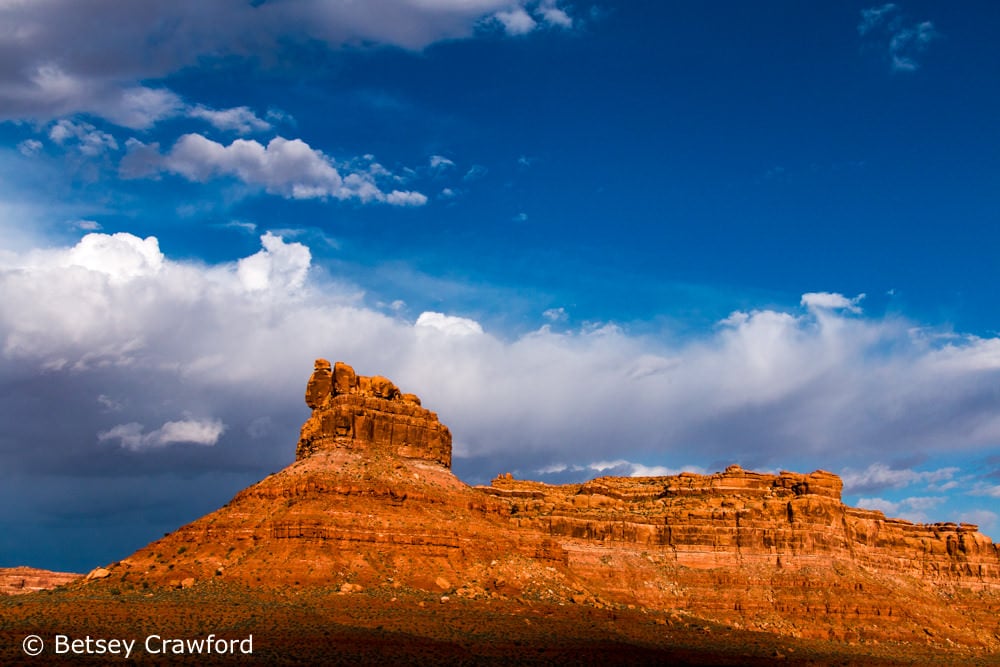 It’s impossible to say when journeys begin, when the first call, just a whisper at that point, is heard. We know when they start — we write lists, pack up, lock the door, get in the car. Usually we have plans, but I didn’t. Before we left in August, 2011, people would ask me where we were going, and I’d say, ‘All I know is that I’m driving to the end of the driveway and turning left.’ I was heading out on adventures. That was the call. I’d rented the house, found a  33′ trailer and a pickup truck to pull it with.

We named the rig ‘Kaliento,’ after my partner, George’s, beloved boat, Aliento, which means breath in Spanish. And after Kali, the Hindu goddess of creation and destruction, the great transformer, whose stunning energy I felt was behind all this.

I didn’t want to sell my house until I was positive, but I was pretty sure I wasn’t coming back. I loved the house with all my heart and soul. I’d raised my son, Luke, there; lived a full, beautiful, sometimes devastating life, with family, friends, work I enjoyed, gardens I loved, views over meadows, wetlands, water that meant the world to me. Love had been lost and found there. My father had recovered from his late illnesses there. It was the only place I ever lived that felt truly home.

Yet I wanted to leave. I was as surprised as everyone else. The adventures that had been calling me for a few years came and claimed me.

So I left, with man and dog, in a Ford F-350 and a Jayco Super Lite Eagle fifth wheel trailer. George was 80, I was 60, my dog, Splash, was 10. No spring chickens among us. George is an adventurer at heart, and Splash was a dog of immense patience and flexibility, so they were, though as surprised as everyone else, game for the journey.

I had never towed a trailer before. A very kind neighbor gave me some lessons in the high school parking lot. I’d never pulled in for gas before we got on the highway, or gone through a toll gate, holding my breath, because I couldn’t imagine it was wide enough. 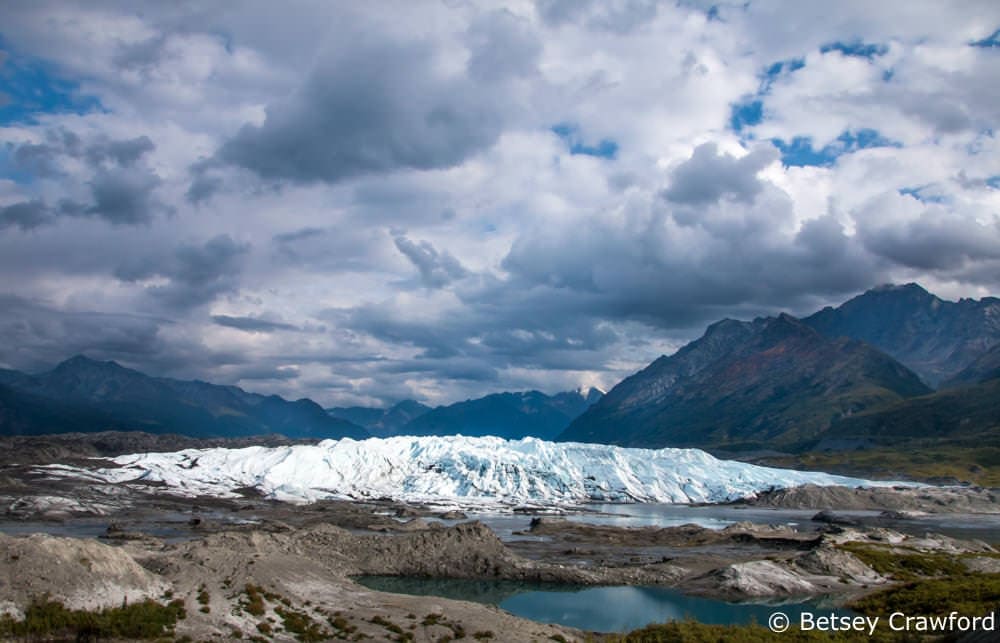 Luckily we went to Canada first, where everyone was kind, so I could drive slowly and not get honked at. Our adventures began in the Canadian Maritimes. In the fall we headed west. Kali’s breath was blowing us toward the setting sun. In the years since, we’ve traveled south to the Anza-Borrego Desert in California, north to the Yukon and Alaska, east to Utah, and to the prairies of the midwest. 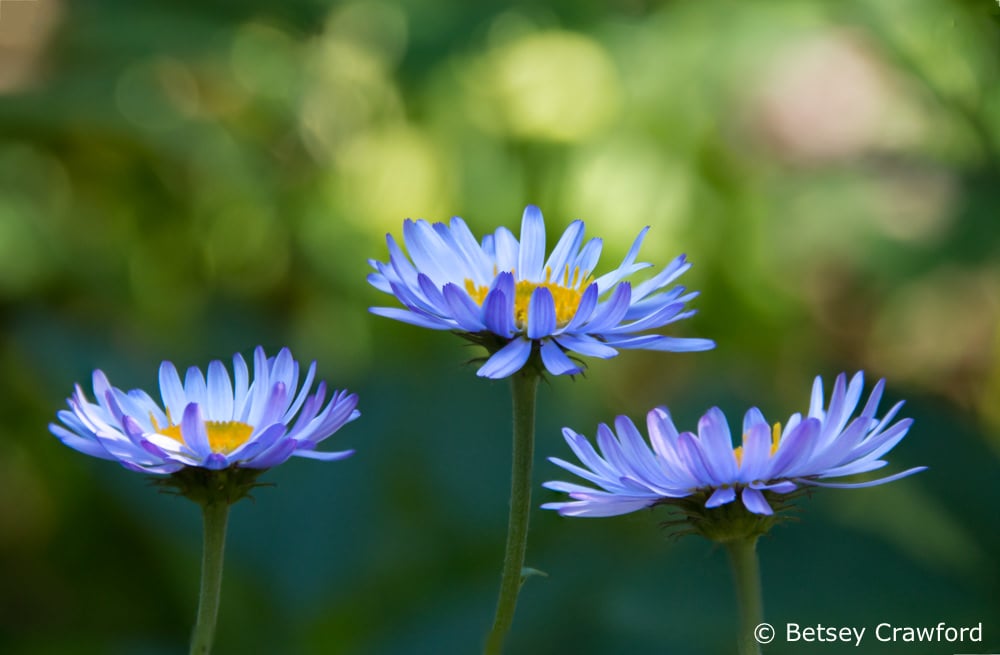 We’ve watched bears from 20 feet away in Denali National Park, and heard the earth’s heart beating in Fairbanks. We’ve driven through sublime landscapes, and even the aftermath of a wildfire. We’ve found heaven in Waterton Lakes National Park, and hiked hills of sage-scented chaparral. We’ve pondered the mysteries of the desert, and lost track of time in the north. Everywhere we’ve gone we’ve met wonderful people.

Life came with us. Splash lived until she was fourteen and then left us on the way to Alaska. George’s health eventually had him settling down in Mill Valley, just north of San Francisco, though some of our best trips came after that. But eventually it was clear his traveling days were over. I found an apartment — a small, manageable version of the house I loved —  in a town named after a wildflower, Larkspur. It was clearly meant to be.

As we roamed the country, I took pictures of everything, especially flowers — in the desert, climbing mountains, by the sea, deep in the woods, out in the prairies, hiking through canyons, in the crevices of decaying trees, in gardens private and public. I’m still at it, though not now towing my home from place to place. Peering into the soul of the earth, place by place, flower by flower, and bringing back what I find there. 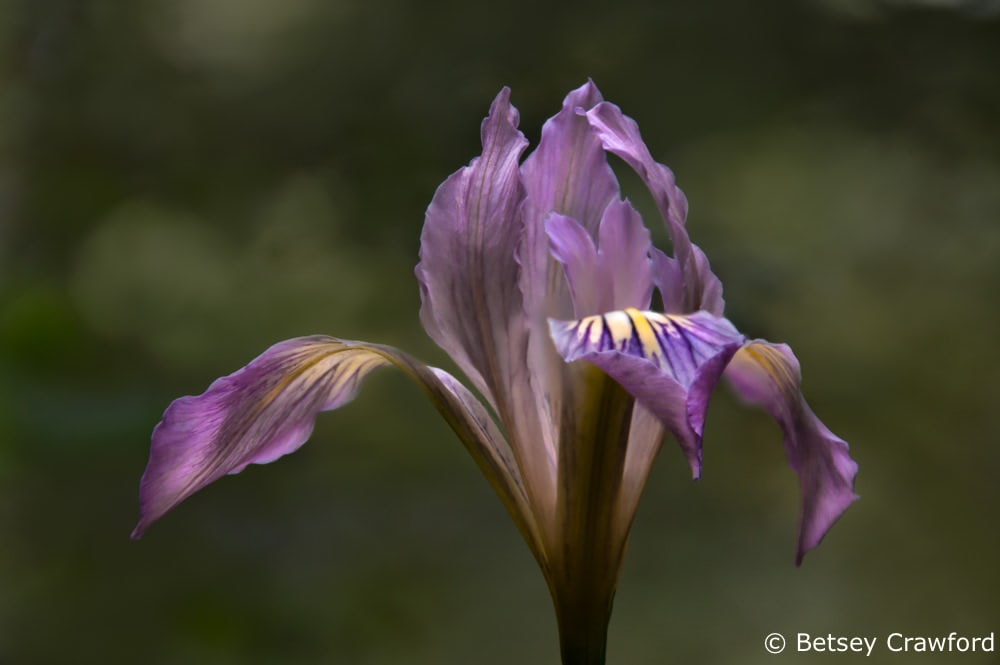