When my partner George died in October of 2020, one of the things I dreaded was the coming rainy season.  After my brother’s death in June, I was consoled by the beautiful blue and yellow days, the long soft evenings, the silken roses in overflowing gardens. By October I feared I had only darkness and storms ahead. Grayness inside and out.

When the first rains came, everyone in California, including me, was so desperate for 2020’s terrible fire season to end that it was a great relief. Then they stopped and we had more fire alerts and longed for more rain. Finally, by early January, the rainy season settled in. One soft, misty day, walking a trail along the edge of a mountain, stopping to look at the gray-green canyon sweeping down and then up below me, I realized how wrong my foreboding had been. It was so delightfully green, so full, so vibrant. A green so alive it was a presence itself, walking with me, exuberant everywhere I looked.  In my dread I’d forgotten that something magical happens in the rainy season — after seven months of no rain, the parched California landscape turns green.

On the rolling hillsides, covered with dried grass, it’s not sudden. But in the forests that climb and flank the mountains it is. Even the evergreen redwoods, bay laurels, and coast oaks that form the forest turn a more vivid, juicier color. Mosses hibernating through the dry season take one long drink and perk up instantly, becoming emerald, fluffing out. Lichen swells away from the surface of its twigs and rocks, fills with bounce, becomes soft to the touch. Tiny ferns that curled up in misery once the dry days came, looking dead to the world, green and unfurl. And grow. Soon banks along the sides of trails are full of new ferns growing out of luscious moss. Early wildflowers begin to bloom. Streams start flowing down the canyon walls, cascading over rocks, filling the quiet woods with the soft sound of water moving in shallow runs among the trees. 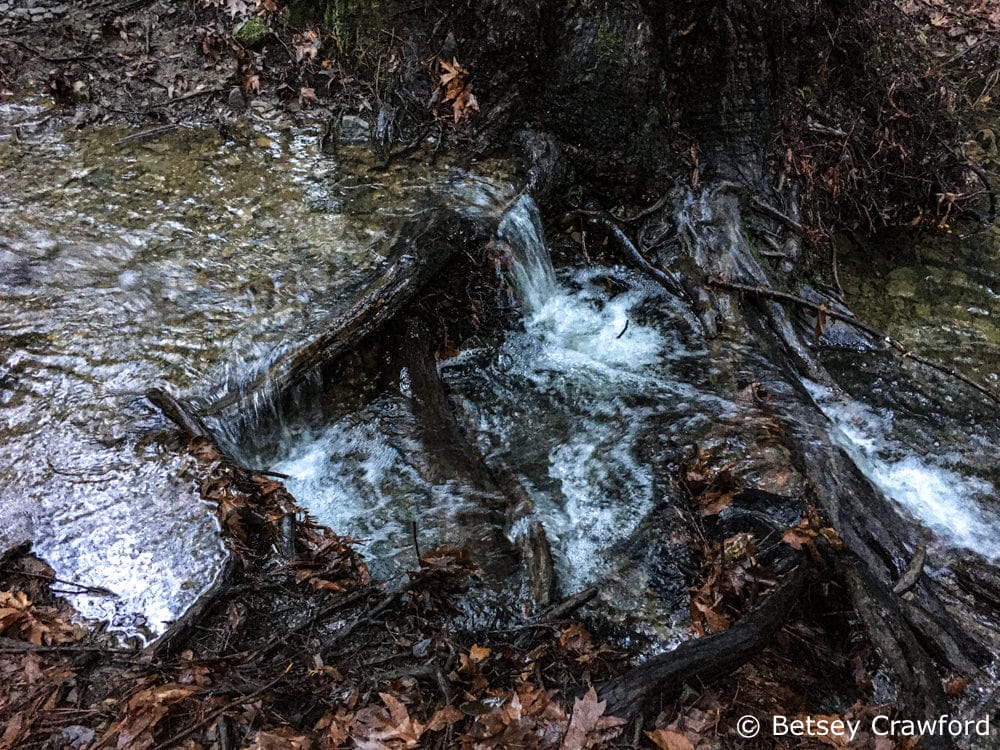 This flowing, liquid water is the reason we have our gorgeous, verdant earth. Hydrogen is a gift of the Big Bang, oxygen of the eventual demise of the earliest mother stars. They likely joined forces to create water in its various states — liquid, solid, gas — soon after the first oxygen molecules showed up 13 billion years ago. The duo became part of the early matter of the universe that gravity eventually swirled into galaxies of stars and planets.

Our local water came with the forming of the earth itself. Every drop, from tears to torrents, puddles to oceans, carrying blood in our veins, passing upward through the stems of plants, outward to the sky from leaves. All of it came frozen in the heart of the rocks that formed our planet or in the asteroids and meteors that bombarded the newborn, molten earth for millions of years. These were the bits that didn’t get drawn into the gathering sun’s mass and were left floating in its gravitational field. Rain, like everything on earth, is a gift of stellar rubble.

After half a billion years the planet calmed down and slowly cooled enough for water vapor to build up in the atmosphere, attach itself to particulates of various kinds, and start to fall as rain. It then fell steadily for millions of years, building up the oceans and the underground aquifers, bequeathing earth a surface that’s 70% water.

The water softly enveloping me on that January day is the same water that arrived in the asteroids. That fell in those millions-years-long torrents. It’s the same water that fostered the evolution of life. That quenched the thirst of dinosaurs. That lured our ancestors out of Africa. That got locked in ice during the great glaciations. That helped convince our forebears to try farming the seeds they were gathering and dictated where that could happen, spurring the rise of the ancient river valley civilizations.

These details don’t have to be on my mind as I walk that misty, gray-green trail, where every leaf and twig, trunk and root, my feet on the eroded mountain terrain, my heart beating with delight are all due to the existence of rain. But they are still with me because the very water surrounding me brings its history with it. As do the rocks rising above me. And the plants, some of which — ferns, redwoods —  are descendants of the oldest plant kingdoms on earth. As a human, I am, so far, a momentary presence. But these are my lineages. I belong to them. I’m related to them. We are all made of the same things, by the same creative forces. 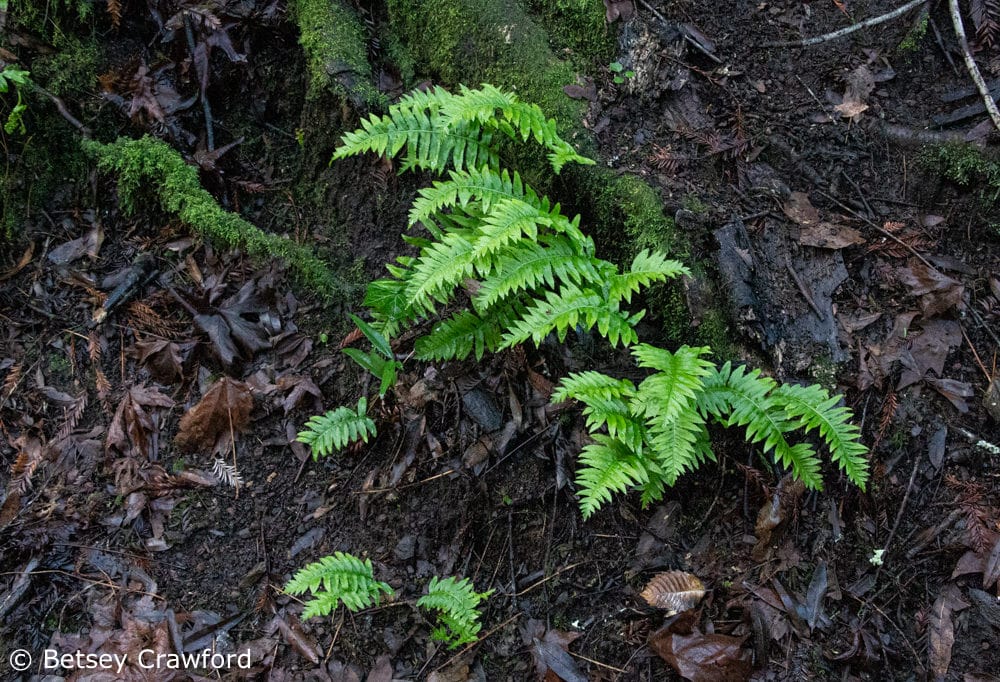 Rain, like love, like grief, charges the underlying tenor of your day. I love waking up to a sun-filled room, but I also feel blessed as the rain falls, the mists linger, the clouds cherish. A being is passing through. With Walt Whitman, I ask that presence, ‘Who are you?’ Sweeping into my life, altering my world, consoling me.  Connecting me with the vaster cycles of earth and cosmos and yet holding me close in a whispering calm, promising me a green earth.

“Strange to tell,” Whitman says, rain “gave me an answer“:

I am the Poem of Earth, said the voice of the rain,
Eternal I rise impalpable out of the land and the bottomless sea,
Upward to heaven, whence, vaguely form’d, altogether changed,
and yet the same,
I descend to lave the drouths, atomies, dust-layers of the globe,
And all that in them without me were seeds only, latent, unborn;
And forever, by day and night, I give back life to my own
origin, and make pure and beautify it…