Celebrating my wild backyard in the last post got me thinking about the multiplicity of backyards I’ve had since heading out on our journey in 2011. Some of them have been spectacular: the Atlantic Ocean in Nova Scotia, the Pacific in Malibu, the Anza Borrego Desert in southern California, the red rock bluffs of Utah. But the reality of RV parks is that they are, at bottom, parking lots. Some are greener and prettier than others, some have rivers running by them, some have magnificent views when you lift your eyes above your neighbor’s motor home. In urban areas, the cost of land doesn’t allow extra space for greenery, so you’re even more dependent on borrowed landscapes.

Greenbrae, California, twenty minutes north of the Golden Gate Bridge, is one of my home bases. RV parks like to be handy to highways for easy access, and this one is next to the only north/south freeway in this neck of the woods, Route 101, and a couple of blocks north of a small shopping center with the indispensible Trader Joe’s. I do have a fence covered with ivy and morning glories, with a big palm tree on the other side, outside my back window. Over my neighbor’s roof I see Mount Tamalpais, which reigns like a queen over the whole area. There’s a fascinating conglomeration of rackety houses on stilts just north of us, along a boardwalk taking you well into our neighboring wetlands.

Our literal backyard is the Corte Madera Ecological Preserve, a vast marshland that attracts shore birds all year: egrets, ducks, pelicans, herons, godwits, and the endangered Ridgeway rail. The preserve, sadly, suffers from a full-blown invasion of non-native plants — acacias, pampas grass, and fennel so large it towers over me — so it’s not a place for me to find native wildflowers. For that I go farther afield, starting with what I consider my backyard hike, Ring Mountain, since one of the access points is only two miles down the road. That entrance takes me to the Phyllis Ellman trail, a rambling, curving path up the steep, 602’ mountain that traverses some of the best wildflower displays in the area. The hike is named for the woman who started the movement to save Ring Mountain from development in the 1970’s. It’s easy to see what it would be like without Ellman, and the people she gathered to help, by looking at the surrounding neighborhood of large homes, high fences, driveways, lawns, and exotic gardens; the way the rest of wealthy Tiburon looks. Instead, the preserve’s 400 acres remain free of all that, with grasses blowing in the wind, enormous rocks peacefully holding space, wind-sculpted trees leaning into each other. Small, delicate wildflowers, some extremely rare, abound in spring. There’s the broad access of the fire road that runs steeply up and down along the top of the ridge, and plenty of smaller trails leading off that, some so narrow that the grasses brush your shins as you walk them. From the top there are spectacular views in all directions: toward neighboring Mt. Tam, the San Francisco Bay, the Golden Gate Bridge. The city of San Francisco lies to the south, often with blankets of fog rolling in or out; the Marin hills are to the north. The preserve’s rare flowers and fascinating geology deserve their own post. For this one, I want to celebrate the fact that the Ring Mountain preserve exists at all. Phyllis Ellman, and millions like her, are part of the vast movement that environmentalist Paul Hawken calls ‘Blessed Unrest’ in his book of that title. The subtitle is heartening: “How the Largest Movement in the World Came into Being and Why No One Saw It Coming.”

This movement consists of people working all over the world to clean rivers and wetlands, bring fish and animals back to their natural habitat, reinstate indigenous rights to land and water, fight the dumping of toxic waste in low-income neighborhoods, renovate housing, clear the air, preserve ancient forests, save wild and beautiful land for everyone. There are billionaires involved, and there are subsistence farmers and hunters who don’t have a money economy. One person operates here, 7 people there, 100 gather in a city, one entire tribe works to preserve the rain forest, several work together to bring salmon back to the dammed rivers of the Pacific Northwest. Some organizations have millions of members, some have three. All of the groups, Hawken says, “are dedicated to creating the conditions for life, conditions that include livelihood, food, security, peace, a stable environment and freedom from external tyranny.” Hawken discovered the size of the movement when he set out to create a database of such groups. Speaking at the Bioneers conference in October 2004, he marveled that there were more than 130,000 such associations. A list started scrolling behind him on a giant screen, with the names of all he had found. If the audience were to sit for the entire list they would, he said, be there for 4 days. Only two years later, when he spoke again at the conference, he said that reading the scrolling list, now including additional groups that had been identified and hundreds of thousands that had started up in the interval, would keep the audience there for a month. There may well be over two million such organizations worldwide, working on the intertwined aims of environmental sustainability and social justice. Grassland on Ring Mountain. This was after the dry winter of 2013/14.

I first heard a recording of Hawken’s second speech of at one of those organizations — my beloved Genesis Farm in Blairstown, New Jersey. I was there in the summer of 2007, taking one of the last of the Earth Literacy courses the farm offered. I loved his idea that the earth itself was gathering all of us, inspiring and working through us, for her own regeneration. We are her immune system, tending wounds — so many truly grievous —that we have inflicted through strife, misuse, misunderstanding, greed, tribalism, and all the other isms that limit our vision of ourselves, our fellow beings, our world, and our profound interconnections.

I’m not easily discouraged, but I feel a lot of pain for the damage our planet and its beings, including us, have suffered. Whenever I remember the fact that it would take a month to watch those names scroll by, I’m cheered. And that was 10 years ago; many more people have gathered together by now. I’m writing this the week 175 countries are signing the Paris Agreement on Climate Change. It has been long in coming, and there are a lot more steps that need to be taken, by all of us. But getting that many separate, sensitive, self-protective nations to agree on any program is an astonishing accomplishment, and a sign that those two million groups, all those dedicated immune cells, are at work healing the world. 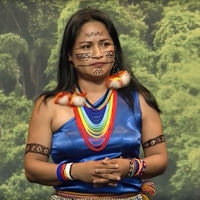 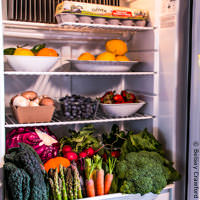 What is so rare
as a Tiburon mariposa lily? 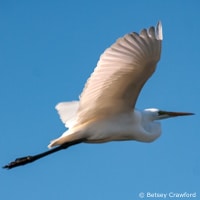 A season of birds