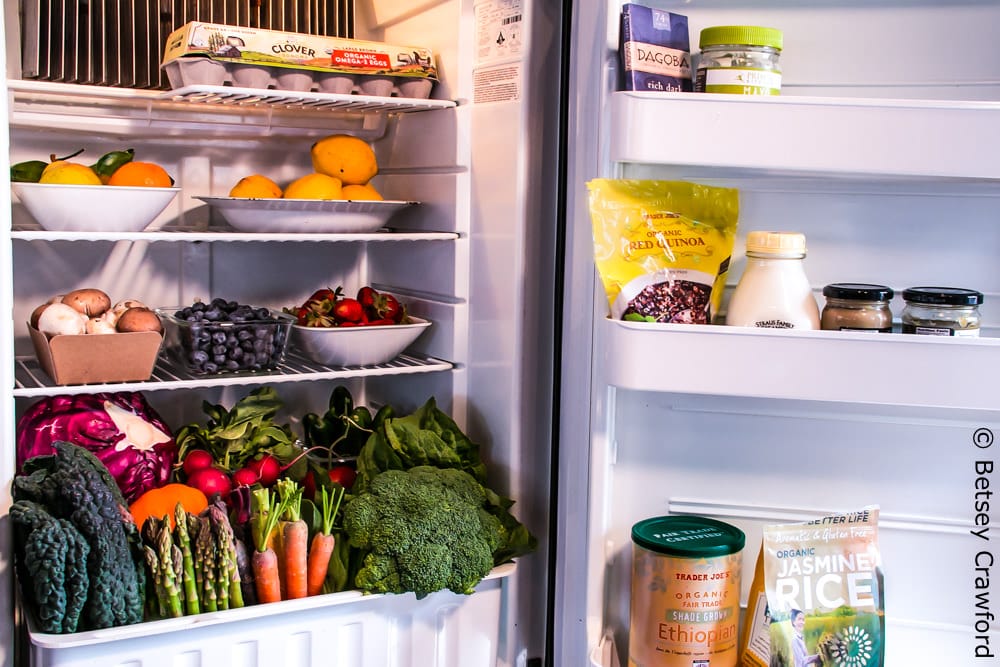 This photo of my refrigerator, filled with its usual groceries, though much more attractively arranged than usual, represents some of the best and most exciting news I’ve ever heard. It goes back to a question environmentalist Paul Hawken posed: what can we do to reverse global warming? The standard research is devoted to ways to slow it down. But, Paul reasoned, if you’re on the wrong road, what’s the point of just slowing down? When he found that no one could answer his question, he began assembling a team to spearhead the research themselves. Project Drawdown expanded into a worldwide coalition of scientists and other experts who started gathering data and designing the system to analyze it. They came up with eighty things we can do today, and twenty that are still in the design stage. There were jaw-dropping surprises.

At bottom, there are only two things you can do with the excess airborne carbon and the other related chemicals causing global warming: prevent their emissions or sequester them. Sequestering means pulling carbon from the air into the ground. To prevent emissions, we need to rethink many of the ways we conduct the business of agriculture, land use, waste management, transportation, energy production, and building. Project Drawdown addresses all of this.

The solutions are ranked from one to one hundred, in order of the amount of atmospheric carbon each reduces or prevents. Costs and savings are measured against estimates for business as usual for the next thirty years. They aren’t ranked in the order of importance, because they are all crucial steps that need to be taken. And they upend a lot of presuppositions. After all, who knew? No one was asking. 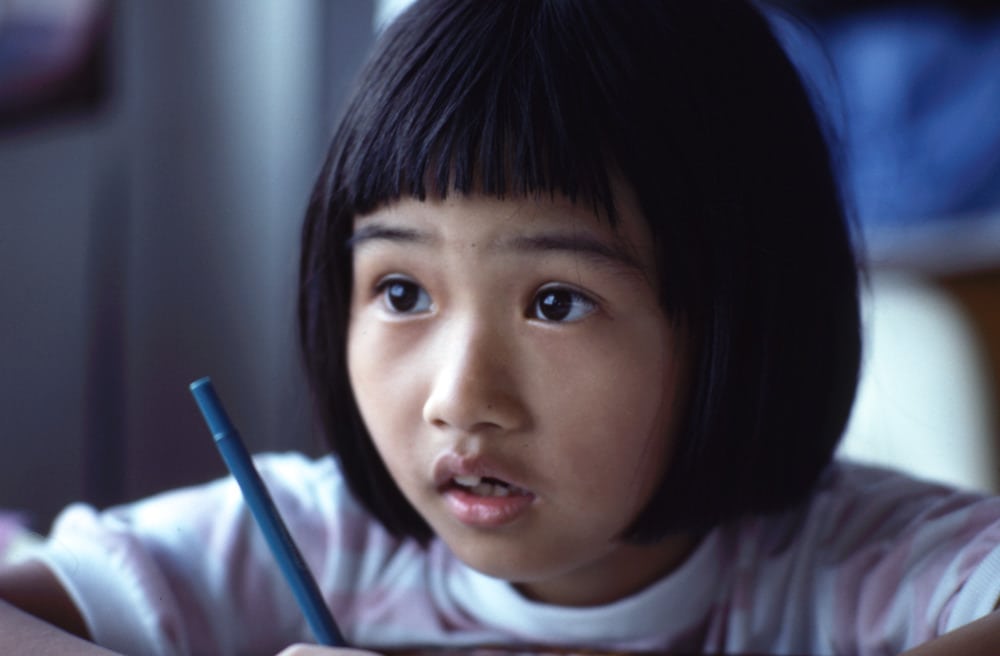 Educating girls and providing access to birth control would be the number one solution if combined. They are numbers 5 and 6. Photo by Les Anderson via Unsplash.

I would suspect most of us would think transportation — cars, trucks, airplanes, shipping — would rank among the top ten. Not at all. They start in the thirties. To everyone’s amazement, refrigerant management was number one. “We were so disappointed,” Paul says. “So unsexy!” Which could also be said of reducing food waste, coming in at number three. Another huge surprise was that educating girls and providing widespread access to family planning are numbers five and six, and would be number one if combined. There are sixteen solutions that pertain to food. Together, especially if you add in transport, they would dwarf the rest in the amount of carbon reduced.

Which brings us back to my refrigerator. A plant-rich diet is #4. Managed grazing (milk, eggs) is #19. Indigenous land use and tropical forests (shade grown coffee, fair trade chocolate, heritage grains like quinoa) are #39 and #5.  Growing food among trees shows up in four solutions. New approaches to rice farming cover two. In fact, this refrigerator connects so many solutions, I made a map:

Thirty-six solutions, almost half of the eighty available today, are involved simply by our possession of a common household item and what we put in it. What we eat, how we grow our food, how we transport it, whether or not we waste it. How we power our refrigerator, how we get rid of it when it no longer works. The plastic we use when we buy our groceries. Whether we recycle and compost. Whether our population will outpace our ability to care for it. Our relationship with our refrigerator is so important that the top ten solutions, marked by the small hot pink ovals, are all there.

All these interconnections in something so simple and common represent one of the things that I love about Project Drawdown. The solutions aren’t complex and esoteric. They are all within our reach and some, like solar and wind power, are well underway. In fact, all of them are happening to some extent somewhere in the world. That was one of the guiding principles behind the research: what’s happening now? What do we already know? Scaling up is a doable challenge. Convincing ourselves, our representatives and the companies we deal with to move in these directions is a more complex challenge.

Onshore wind turbines like these in southern California are the #2 solution, offshore is #22.

The Pachamama Alliance and Project Drawdown are teaming up to create a network of communities to spread the word. In March, I finished a five-session course given by the Alliance. Like the Drawdown website and book, the course was beautifully done and full of enthusiasm. I was delighted to find that things that make my eyes glaze over, like refrigerant management and green cement, fire other people up. Being a plant person, I immediately gravitated to agricultural and land use issues. But they all connect in so many ways that every solution will eventually meet at one intersection or another.

The passionate excitement around the project is a huge blessing. According to Per Espen Stoknes, a Norwegian psychologist and economist, thirty years of scary, hard-to-fathom scientific evidence for climate disruption have actually driven people to lose the interest and faith many had in the 1980s and 90s. People feel helpless and resistant when faced with apocalyptic framing. It’s important to know that installing solar panels, supporting organic farmers, especially local ones, buying LED lights, composting and recycling are all important things every one of us can do. Promoting causes like educating girls, saving forests, and preserving indigenous land really makes a difference.

Women grow 70% of the food worldwide, mostly on small farms. But women smallholders (solution #62) don’t have the same access to resources and rights as men do. With that access, their yield would rise by up to 30%, limiting the drive for deforestation for more land. Photo by Annie Sprat via Unsplash.

These solutions are also important social justice issues and therein lie more connections. As we rethink the way we operate in the present, for the sake of the future, we will redress very profound injuries done to the earth and many of its people: the abrogation of rights, lands, and cultures; the dumping of toxic waste, especially in poor areas; the contamination of air, water and soil; the decimation of forests and wetlands; the sky-rocketing extinction of species.

A wonderful bonus of all these interconnections is that we can all find something that matters to us, and in helping further one cause, help further many more. We literally have a ready-made to-do list. In our class of sixteen, each of us chose a solution to pursue, and none overlapped. One man is taking a green cement proposal to his local school district, which has a building plan in the works. A chef is working with a landscape designer on a concept called agrihoods. One woman is pursuing tropical forests and regenerative agriculture. Another is planning to raise money for girls’ education. One of my plans is to pursue the various threads involving trees. I’m also planning to keep in touch with John about agrihoods, explore local farms with Justine, and donate money to the organization Ruth sets up. This is the profound blessing of gathering in community, which is central to the mission of the Pachamama Alliance.

Managed grazing is #19. Here portable chicken coops (solar powered!) are moved to an area recently grazed by cows whose pats attract bugs for the chickens to eat. The chickens are mostly uninterested in grass, so it has a chance to regrow after the cow’s recent grazing. Both fertilize the soil.

I’ve been a fan of Paul Hawken since I bought the perfect shovel from the Smith and Hawken catalog thirty years ago. He was a pioneering green entrepreneur, and I admired what he was trying to do with his business. His research into the millions of organizations worldwide working to save the planet has consoled and inspired me for a decade. He’s well known in the environmental and green business world, but he heads no large, clout-bearing organization. The first Drawdown office was the Zoom internet conference app.

A tiny team with a tiny amount of money sent out word to academics the world over to see if anyone was interested in the project. They were inundated with responses and chose seventy highly trained Project Drawdown fellows from twenty-two countries who will continue to explore and refine their projections. As the information started to come in, they expanded the community with a 128-member Advisory Board to review it, so the science behind the recommendations would be impeccable.

Preserving and restoring forests are major land use solutions. This regenerating forest is in the Wynn Nature Center in Homer, Alaska

I usually do my best not to keep using the same word over and over, but I find, despite dozens of suggestions in the thesaurus, that there is no adequate substitute for community, an excellent metaphor for life in general. One man with a question no one else is asking becomes a small community. They reach out and add seventy more. Soon over two hundred people are involved. Other whole communities — organizations like the Pachamama Alliance, businesses, universities, governing bodies — come on board and their members reach out to create communities. That’s exactly what I’m doing now, hoping you will bring the news to your communities. Together we can transform an existential crisis into an opportunity to reimagine how we want to preserve and share the beauties and bounties of the earth.

Genesis Farm in Blairstown, New Jersey is full of Drawdown solutions, starting with the array of solar panels in the lower right. Others include organic farming, forest preservation, recycling, water saving, plant-rich diet and composting.