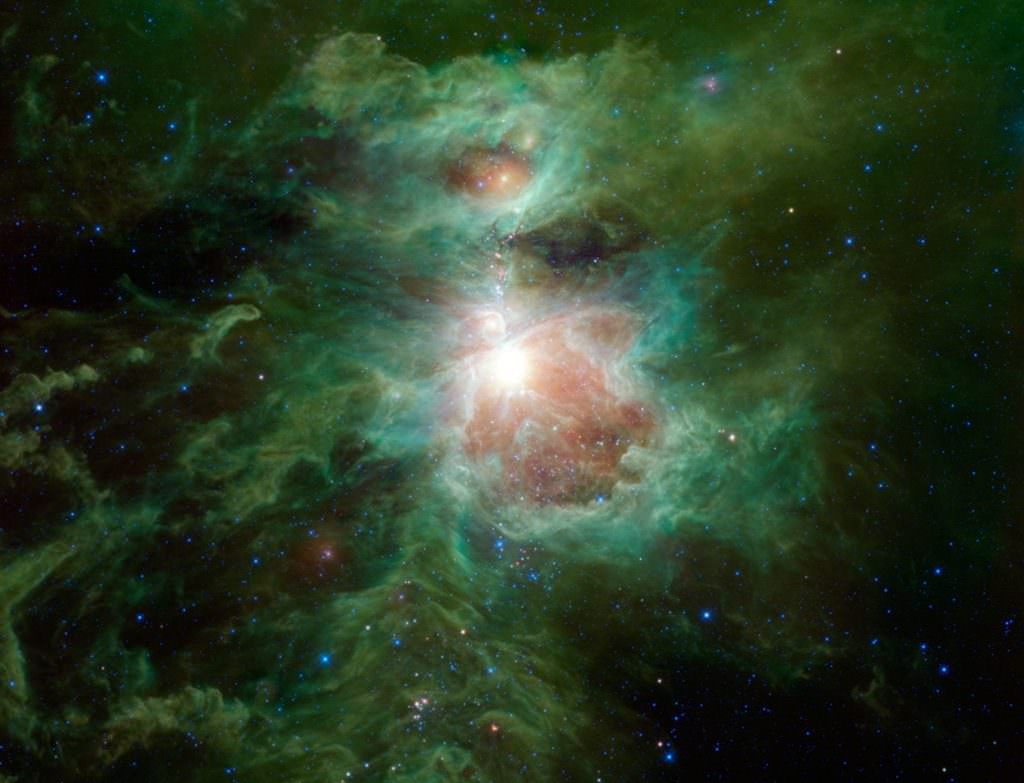 By the end of the first week of the impeachment hearings, I was as miserable as I’ve been in a long time. Not because any of it was news to me, but because institutions are failing in ways we never imagined. We’ve never seen them tested this much before. That same week the Trump EPA added to its boundless failures by relaxing water safety standards. Lying political ads flooded Facebook, which is fine with that. A news photo of five young women climate activists was edited to take the sole African out.

I could go on. Even the weekly lists are endless. I don’t usually dwell on such things in these essays. I prefer to concentrate on the energies that support what we can do to move toward a just and sustainable world. But we are in the midst of the most challenging of cosmologist Brian Swimme’s powers of the universe: cataclysm. Writing about radiance and allurement was sheer pleasure. The powers of centration and transmutation are inspiring. Then, after dwelling last month on the optimistic energy of emergence, I figured I may as well face the dragon.

The pictures I’ve chosen for this essay are all imploding stars, courtesy of NASA. We are here because of the cataclysmic death of stars. They gave us the calcium structuring our bones, the iron flowing in our blood, the oxygen we breathe. We both are and live in a matrix of carbon, without which life wouldn’t exist as we know it. Those elements are being formed every minute throughout the universe, as stars finish their many-billion-year lives of cycling hydrogen into helium. Then, in sequences near the end, helium heats to carbon, carbon to oxygen, to silicon, to iron.

Iron burns up in a flash. Two seconds later, a star implodes in on itself in such heat that only wispy neutrinos remain. Neutrinos are the lightest particle in the universe, Brian tells us. “But the star is now so dense that what was insignificant can now blow the whole thing apart. As it blows it apart, all of the different elements are created. We had nothing but neutrinos and suddenly you have hydrogen, helium, oxygen, carbon.”

The earth eventually formed around a young star and launched its own 4.5 billion year history of cataclysms. Eons of meteor bombardment. Great plates floating on the surface, crashing mountains into existence as they meet. The molten core spewing from volcanos. Glaciers crushing everything in their path. There have been five major extinctions. At the end of the Permian Era, 250 million years ago, 96% of the thriving marine life was suddenly gone. Possible cataclysms: glaciation, volcanic activity, shifting landmasses. The most prominent theory about the last extinction, when the dinosaurs disappeared, includes a meteor hitting the earth. All of our other hominid cousins have died out. Due to a massive volcanic eruption, homo sapiens were down to a few thousand individuals 70,000 years ago.

Yet, out of these catastrophes arose the Himalayas, the Hudson River, redwood forests, roses, orcas in deep oceans, bluebirds, gazelles, us. “Creativity would not be possible without the power of cataclysm.” The blessings have been boundless. But the power of cataclysm has swept through humanity over and over: wars, drought, famines, epidemics, devastating floods and fires. We are now creating new ones as we bury the earth in garbage, change the climate, allow the sixth great extinction.

“We feel an ongoing mix of failure, regret, frustration,” Brian says, “because it’s so hard to imagine how to proceed.” What we treasured is disappearing. “Our deepest ideals, what organized entire nations, seem to be just dissolving. This isn’t what we expected to see. We had dreams of how we were going to create this fantastic world.” We trusted our ingenuity, technology, the possibility of spiritual and cultural transformation.

In 2018 the environmental world was roiled by an essay by Jem Bendell, a British sustainability expert. He describes coming to the conclusion that climate change is so imminently disastrous that we are on the edge of societal collapse, especially because of the degradation of agriculture and the rise of food scarcity. He foresees the possibility of human extinction in the near future.

Bendell would say my usual optimism that problems are ultimately solvable is denial. “Green positivity,” he called it in another essay. Of course, the fact that problems are solvable doesn’t mean we’ll have the collective will to solve them. So I agree that we should be contemplating what to do if we don’t muster the will. Or if, as he fears, no amount of will can stop the climate juggernaut at this point.

But I also feel that we are not alone in this. That the profound creative forces of the universe operate continually in all its manifestations, including us. Learning from and using these primal energies is what this series of essays is about. By our embodying its primordial, ever-transforming powers, the universe is flowing through us at every moment. Now, Brian suggests, we need to trust cataclysm to “free us from all that is causing destruction.”

By allowing ourselves to be the conscious force of cataclysm, we can help “this power to tear down that which is no longer adaptive.”  The central beliefs of western culture, especially economics, are grounded in the idea that the destruction of the earth, of other people, of resources is not even considered a cost. Such wreckage may be seen, at most, as collateral damage, but nothing to avoid if inconvenient to do so. We can choose to channel our current crises toward the end of these disastrous ideas, the empires they have fostered, and the massive devastation they have done.

Cataclysm promises a turbulent path ahead whether we choose to work with it or resist it. The challenging paradox of our beautiful planet is that, while it is clearly dedicated to bringing forth life, it is also deadly. On December 26, 2004, a massive earthquake sent lethal tsunamis crashing against the eastern rim of the Indian Ocean, killing 120,000 people. Earthquakes and volcanoes have proven cataclysmic over and over throughout earth’s history. Yet, while the shifting of the plates that float on the earth’s crust spawn these calamities, they also are the reason our planet can support life.

Of the seventy or so planets and moons in our solar system, only our earth’s crust is moving, and thus alive with possibility for formation and renewal of mountains, oceans, coasts, rivers, forests, the atmosphere, life itself. One of the reasons our planet can be devoted to life is that it also encompasses destruction. “Everywhere you look, there is simultaneously breaking down and building up, every day, every moment, every breath. For every birth, there is a death.”

“How,” Brian asks, “do we orient ourselves in the midst of all this?” How do we live with cataclysm? Jem Bendell, one of the direst thinkers I’ve come across, didn’t hunker down in a cave. He began a practical and reflective movement called Deep Adaptation. Bendell is not a climate scientist, and some scientists dispute his more extreme prognostications. Nevertheless, there is no comforting timeline in climate disruption. There is every reason to be actively engaged in imagining and creating a different way forward. What do we treasure? What can we let go of? How can we deepen our commitments to our children? How can we foster solidarity? How can we expand our spiritual connections? What are our values? “A future full of love and learning,” Bendell writes, “rather than flying cars and fancy robots, could be a way to imagine a more beautiful world.”

Our current cataclysm has us rethinking our extractive, exploitative economic system. We’re looking to reorient an education system designed to create workers for an industrial structure that we must also reimagine. We’re pondering rebalancing our individualism with an openness to community. We’re mourning our lost connection to trees, water, stone, animal. Like a star that has come to an end, “we’re at a moment of enormous compression,” Brian says, “when all these structures are being torn down.” As they go, they “leave us to the central nature of who we are.” And to an outpouring “of the creative energy necessary to build the new earth community.” These are great challenges and great gifts. The cataclysms that we have created have turned and are now creating us.