I lived for many years with a great deal of beauty outside my windows. I was looking at acre on acre of wetlands, salt marsh, patches of meadow, shrubs, and trees. Beyond that was the estuary the land bordered. Except for a few flowering shad trees in the spring, and a scattering of vivid autumn color from native blueberry, there was nothing pretty about this. It was full of wildness. Deer moved through the forest of plants and bedded down in their midst. Red-tailed hawks and the ospreys nesting along the shoreline glided above it, occasionally chased by a  flock of nesting swallows. Redwing blackbirds announced spring from the tops of reeds. Rabbit and fox burrowed into roots, alternating years of prosperity. For several springs, glossy ibis stopped on their way north to rest and pick through the wetlands with their long, curving beaks. And always the overarching sky, the clouds, the moon, the sunrise pouring itself over the entire expanse. Winter sunrise in 2001. The meadow was just beginning to give way, in the distance, to the resurgent trees and shrubs.

It was gorgeous in all seasons, spangled with snow or dew, splattered with fall color or spring bloom, in the rich green of summer. But much of it was made of up things that were not in themselves beautiful: gawky native cherries, subtle bayberry, sober, dark green cedars. Plants that belonged there, grew for millennia there, on the sandy spit of land left over when the last glaciers pulled back 11,000 years ago. Plants that knew how to grow in that nutrient-poor soil, that knew how to cope with the buffeting winds and the flooding tides of the Atlantic Ocean that surged beyond the harbor and the outer bay. My all-time favorite picture of the meadow! Dating from the 4-year-old, this would be 1991.

When I first moved there, a neighbor was pasturing horses on the land. Before that, her grandparents and great grandparents had harvested salt hay there. Because she mowed it once or twice a year, it stayed a meadow, a vast sea of switchgrass and bluestem, green in spring and early summer, gold in late summer and autumn, silver and copper in winter. Their light, feathery tops moved in nearly constant waves in the slightest wind. After some years, as she boarded fewer horses, she stopped mowing those acres. The shrubs and trees that had been dormant for generations, perhaps centuries, immediately began to push their way up. Though I kept a section of it going on my own property, I was sorry to lose the vast meadow beyond. And amazed at how quickly the plants waiting for their turn shot up. But the resulting mix of grass and shrub and trees had a richness of texture and an abundance of life that the meadow, in all its gentle, undulating splendor, did not have. This was taken by a drone for the real estate listing when it was time to go. The near water is Accabonac Harbor, beyond the spit at the top left is Gardiners Bay. The straight cut into the primary wetlands (the flat green areas) was part of a plan for mosquito control.

Living on that ancient and vital landscape for twenty-five years had a profound effect on me. It was my call of the wild. Beauty, said the Irish philosopher John O’Donohue, isn’t ‘just about nice loveliness.’  To him, with his youth spent in the untamed Burren region of Ireland, it made a huge difference whether, when ‘you wake in the morning and come out of your house, you believe you are walking into a dead geographical location, which is used to get to a destination, or whether you’re emerging into a landscape that is just as much — if not more — alive as you, but in a totally different form.’

It was that wild aliveness that called to me, day after day, every time I looked out the window, every time I walked out of the house. When I stood on the edge of the meadow, my feet rested on the pebbly, sandy soil that the tail end of the Wisconsin glaciation had pushed there from farther north, sculpting the 100 million-year-old Cretaceous layers as the massive ice flowed over them. There was a large glacial erratic twenty feet into the meadow, a boulder captured from who knows where, then dropped and embedded in the soil as the ice melted northward. Six feet below the ground under me ran fast-moving streams, feeding the harbor and the sea beyond. I’d seen one when we hoped to install a dry well to cope with water in the basement. There, at the bottom of the hole, a small, shallow river flowed rapidly east, connecting me to the estuary I could see, and then to the vast waters beyond my vision.

Beyond the fall blooming groundsel (Baccharis halmifolia) is the flat stretch of primary wetlands, where two types of spartina (alterniflora and patens) dominate.

The ecstatic pulsing life of that land — growing, flowing, flowering, proliferating, changing from season to season and year to year — filled my soul every single day. The ancient bedrock and old soils grounded me. The deep, steady, green breathing of plants sustained me. The line of wild turkey chicks scooting along behind their parents on summer mornings, learning to strip the tops of the grasses for their seeds, filled me with delight. The red fox quietly emerging from the wintry brush in one place, going back into the density in another, its tawny tail disappearing last into the snow, reminded me that fierce and tameless mysteries were lived everywhere around me. Comparing this misty morning in 2006 to the 2001 winter scene above, you can see how fast the shrubs and trees grew after the mowing stopped.

The Greek word for beauty, kalon, is intertwined with the word for call, kalein.  Beauty both rises from a call in us, and calls to us, perhaps even more so when the beauty is wild. We are connecting to something deep, primordial, a place on the planet that speaks to us of its vast depth, its power, its radiance. An allurement that beckons us far beyond ourselves and our often strange concerns and rickety constructs. Beauty is a transfer of life, the cellist Yo-Yo Ma once said, and living on that land was continual heart-to-heart resuscitation.

When it was time to leave, it wasn’t just because the energy to keep the house, the gardens, the business, the life had waned. It was also because, as the call of that land grew, its very wildness transferred itself into me. It was now in my bones, moving my muscles, beating my heart, seeing through my eyes. Propelling me onward, toward more wildness and more beauty. The work that reconnects: a weekend with Joanna Macy 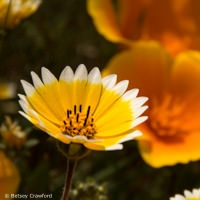 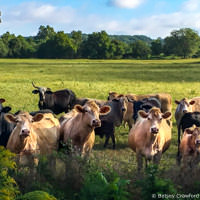