After my happy sojourn in Missouri, I went to Milwaukee, Wisconsin, for a family reunion. My brother and one of my sisters live there, and both have large families, so when we gather, that’s the sensible place to do it. Nineteen years ago, after another reunion, I’d gone to Madison to see the oldest restored prairie in the world, and vividly remember standing among grasses and flowers so tall I was staring up at their tops. Naturally, to go along with my prairie summer, I wanted to see it again.

The work on Curtis Prairie, part of the University of Wisconsin at Madison Arboretum, started when the university bought the land in 1933. Aldo Leopold, one of the foremost conservationists of the twentieth century, was part of the team that launched the project. A third of the land was too wet to plow, so it was remnant wet prairie. The remaining two-thirds had been plowed and cultivated for a century. For years the team experimented with everything they could think of to bring back the prairie. Plowing and seeding, seeding and then discing, burning and then seeding. Transplanting, growing plants in sods and transplanting those. The goal was to foster the natives, figure out how to get rid of plants that didn’t belong there, and how to keep more from invading.

This work is never finished. Invisible among the full-grown grasses and flower stems are 1,000 metal stakes, marking out grids that are studied to this day, looking for diversity, abundance, invaders, and the results of practices meant to affect all these. From these constant efforts have grown the protocols that restore and maintain prairies today. It was at Curtis that fire was discovered to be the most powerful tool for creating and maintaining the ecology of a restored prairie.

I made the ninety mile trip from Milwaukee to Madison twice. The second time I was able to get out into the prairie itself, walking its paths, squelching through its boggy — and mosquito-y — spots, eyes level with flowers and the feathery heads of grasses. It was late in the season for the full glory of prairie flowers, but late members of the Asteraceae family, pictured here, were luminous and beautiful. The grasses, growing into their russet fall color, were gorgeous, the day full of golden, early autumn light.

On my first trip, I took my brother, Perry, but we weren’t able to walk those grassy paths. One of the most vital men I have ever known, he is now struggling with a rare degenerative neurological disease. The body that once climbed trees for a living is slowly failing. The grass trails were too unstable for him, so we chose instead the paved paths of the prairie demonstration gardens, behind the visitors center, where we found not only grasses and flowers but also the trees he has devoted his life to. 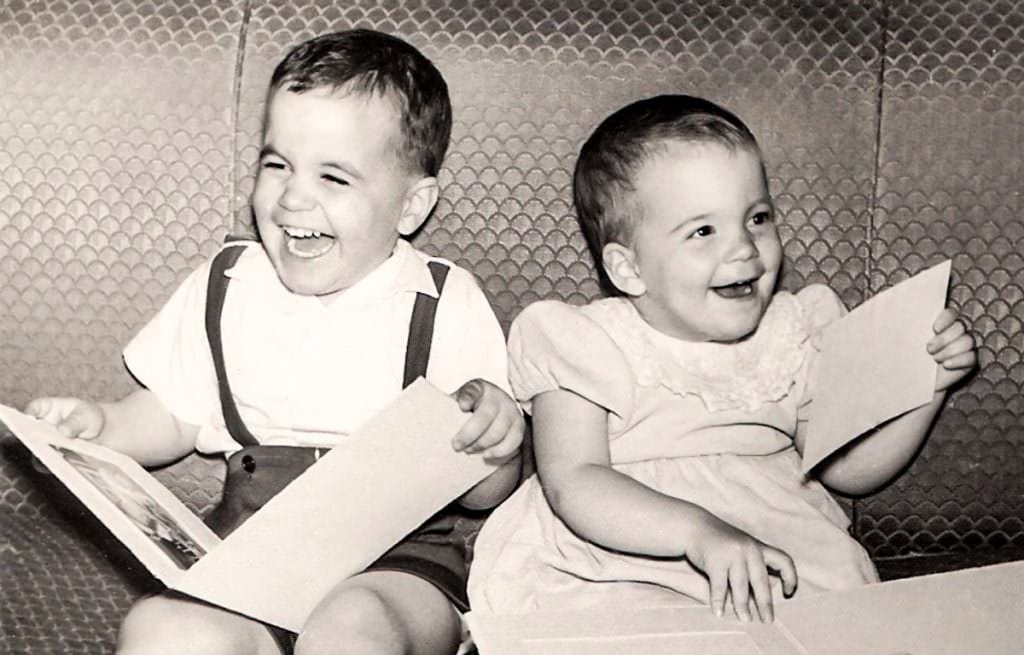 We were the first two of five children. He was here, sixteen months old, when I arrived sixty-five years ago. We were babies together, and cohorts through a challenging childhood. We have always been close, though we’ve never voted for the same person, and our ideas about religion rarely mesh. We seldom talk about our deepest feelings. But there have been many times over the years, sometimes to my surprise, sometimes even in a passing comment, when I realized I was seen and understood by someone who has been lovingly watching me from birth. I hope I have given him that same comfort.

Though we started fifteen years and a thousand miles apart, we both had landscaping businesses. Legacies, likely, of early childhood years spent in a wild and beautiful place. So there we were, wandering the graceful curves of the garden, talking about the green world we love. I talked about flowers, he talked about trees, our usual division of landscaping chat.

When I turned fifty, an older friend said that the difference between our fiftieth and sixtieth birthdays is that from the latter vantage point you can see the end on the horizon. It may still be a long way off, but it’s visible. And then, and often suddenly, it’s very visible. Watching my beloved brother walk — with as much courage and grace as anyone can muster — into the valley of death, knowing he will have a hard time on that journey, breaks my heart afresh every day. I knew, as we wandered those paths, that he would tire quickly, and need to get back to the truck, that he would sleep on the way home. I knew that this might be the last time we made such a trip.

God is love, many say, and though that is not my language, I am drawn to the idea that there is an overarching energy that our private loves tap into, that gets channeled through us. Here is a woman who has loved flowers since she picked violets in the cracks of suburban sidewalks as a child. Here is a man who fell in love with the idea of working in trees while watching a crew prune them at our childhood home. Here are two people who love each other because they have shared life together, since the beginning. Our various manifestations of love are mysterious and beautiful. They make life worth living, and hard to leave.

And yet, despite the anticipation of sadness to come, we were happy, surrounded by plants, talking about their intricate beauties, being with each other. Relishing those moments among the rustling grasses, which surrounded us with the proof of earthly immortality: plants producing seeds in boundless profusion. Neither of us will be here to see the current crop of acorns become spreading oaks, but we are part of that process, the endless renewal of life on earth. Our personalities will fade, but the energies we embody on our passage through life are ever here. There are times, as we face heartbreak and loss, when that is small comfort. And other times, when the bonds of love and the voices of trees connect us to the deepest mysteries, when it’s all that matters.