Until man duplicates a blade of grass, nature can laugh at his so-called scientific knowledge.
~Thomas Edison~

Such a tiny word — poa, Greek for grass — to encompass one of the great life forces on earth. The Poaceae are the fifth most species-rich plant family with over 11,000 plants. They populate a quarter of the planet’s land and half the United States. Along with forests, they are among the most important stabilizers of both soil and climate. One of the most adaptive plant families, they live on every continent. They’re the top source of nutrition worldwide.  They’re the basis of human civilization. Every one of us is alive thanks to grass.

We may even have evolved into humans because of grass. There are grass pollen fossils dating from 70 million years ago, but it wasn’t until 5 to 8 million years ago that the vast grasslands we inherit formed. It was a period of cooler, drier climate and water-thirsty forests began to diminish, opening space for the adaptable grasses. The open landscape helped foster bipedalism among primates, which ultimately helped stimulate the development of our large brains.

Our hunter-gatherer forebears would have eaten the seeds of grasses along with other seeds, fruits, and tubers. Twelve thousand years ago, they began to plant them. Though we can’t know what seeds the first farmers started with, we do know that all the early civilizations grew with grass. Wheat, barley, and rye in the Mideast. Rice, millet, sorghum  in China. Corn in Mesoamerica. Rice and sugarcane in India and Southeast Asia. Sorghum, millet, and tef in Africa. Over the millennia grasses have fed humans and the animals we depend on. They have built, roofed, fenced, heated, and furnished our houses. Cleaned our air and waters. Formed our soil. Made baskets, boats, and paper. They have cured diseases and powered our cars.

All this inspires the anthropocentric idea that humans have harnessed grasses to meet their needs and desires. But I like the counter take of some botanists: it’s grass that has bent the human. What better way to ensure your survival than to hook this clever species with the handy thumb and ability to plan for the future? Provide enough nutrients to maneuver them into planting you everywhere they can, every single year for 12 thousand years. Induce their browsing animals to open up more land for you to grow, all the while fertilizing your roots. Convince them to plant 40 million acres of you around their houses. And then spend hours every week lovingly feeding and watering you while fending off pests. That’s power! I toyed with calling this essay ‘Our overlords.’

But that has negative connotations, and grass is a miracle. You don’t cover a quarter of a very varied planet without being a highly adaptable genius. In the US we are most familiar with the prairie ecosystem that extends through the midwest from the Gulf of Mexico north into Saskatchewan and Manitoba. South America has similar systems in the pampas and llanos. Trees and grass combine to form the savannas of Africa, India, Southeast Asia, and the Cerrado in South America. The vast expanse of the Eurasian steppes extends from Eastern Europe well into China.

In the eons before they formed these priceless expanses, grasses evolved several traits that would secure their eventual success. They are wind-pollinated, tossing their pollen to the air. The wind spreads it far and wide, creating a lot of opportunity for pollination over a large area. They form deep roots, up to five times the height of the plant. This vast ecosystem supplies their needs for water, nutrients, and stabilization. And not just for themselves, but for the soil they, and the rest of us, depend on.

Crucially, they developed a key variant in the photosynthetic pathway. C4 photosynthesis allows for more efficient use of sunlight and water in the creation of carbohydrates. This process allows grasses to use less water, grow in nutrient-poor soils, and allocate more of their biomass to roots. C4 plants are very efficient at pulling in carbon dioxide and sequestering it in their miles of roots. This gives grassland preservation a pivotal role in climate stabilization.

They are also imperative for preserving biodiversity. Grasslands are not only grass. They form a matrix for many other plants that grow with them. The Missouri Prairie Foundation reported that in one of its restored prairies a record of 46 separate native plant species was found in a 20 by 20 inch plot. They provide food and habitat for countless birds, bees, butterflies, mammals, reptiles, microbes, fungi, and other beings that are part of the web of life on earth. They have co-evolved with some of the most majestic life forms on the planet: buffalo, gazelle, zebra, giraffe, elephant.

Grasses both depend on these and domestic grazers to keep land open for them and also have ways to protect themselves from overgrazing. Various toxic phenols and alkaloids, including cyanide, increase as grazing pressure rises. Phytoliths, minute shards of silica, wear grazer teeth down. On the other hand, grasses need grazers, and so keep their budding crowns just under the soil so that they aren’t damaged by nibbling muzzles. As the grazers clean off the upper stalks, new shoots have ample air and light to grow. In the meantime, grazers deposit fertilizer and move on, allowing grasses time to recover.

Some of the most diverse places on the planet are in grasslands. But our tendency has been to treat them as wasted space waiting for us to make them productive. Thus 99% of the American prairie has been plowed, planted, developed. The South American Cerrado is headed in the same direction. Using large, open areas for agriculture certainly makes sense. But the current state of monoculture farming — growing single species annuals with shallow roots, using yearly tilling and high nitrogen fertilizers along with artificial pesticides and herbicides — means that standard agriculture ruins the most important gifts of grasslands. Soil erosion is high, biodiversity and carbon sequestration are low to nonexistent.

I love the subtle beauty of grasses with their feathery flowers and am deeply moved by grasslands. I’m not sure where this came from, since I grew up in suburban New York. But one of the most moving experiences of my life was standing in a grassland in South Dakota. I was driving back roads north along the Missouri River, and a stretch took me into the short grass prairie of that dry area. I was up to my knees in sun-filled grasses, flowing like golden water with the wind. It was so hot the air itself was an intense presence. Despite the wind, there was utter quiet. Everything else fell away to nothingness. At that moment, swept into the warm, moving air, I was grass.

As we all are. We share up to half of our genes with grass, a legacy from common ancestors. Sixty percent of human caloric consumption worldwide is grass-based. We are literally grass. We are formed by them and we are inextricably bound into a miraculous matrix of interdependence. To see this clearly is to plant ourselves into the very roots of life. It means we live on earth not as user but as participant, surrounded by equally important partners. We can then hear their message. The skill grass chose us for — our ability to plan for the future — is being called forth to help all of us prosper on our mutual planet. 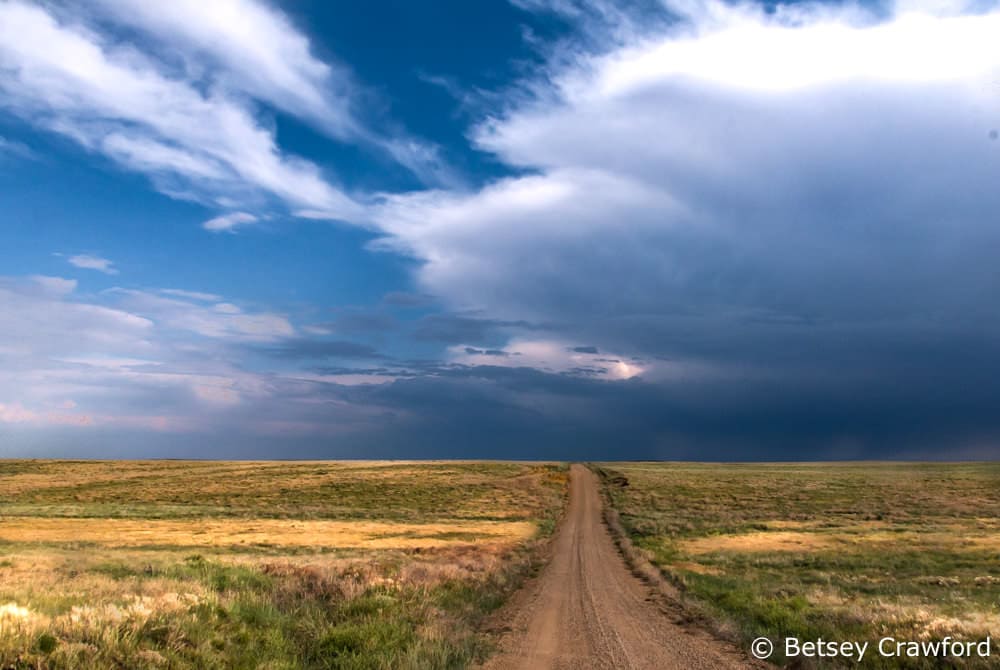 I’d love to have you join me! If you add your email address, I’ll send you notices of new posts.

2 thoughts on “The most powerful family on earth”